If you’ve been wondering about which scar treatment medication between Dermatix and Mederma is the best, then this comprehensive comparison will be of great help to you.

The biggest difference between Dermatix and Mederma is that Dermatix belongs to a group of skincare medication derived from silicone gel and has years of clinical research around it. Mederma, on the other hand, is an onion extract containing cepalin.

But which one is more effective for stretch marks, new and old scars? 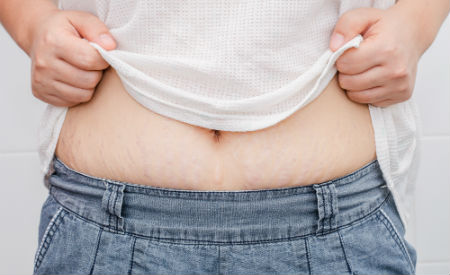 Dermatix or Mederma: Which One is Better for Stretch Marks?

The Mederma Stretch Marks Therapy is marketed as a sure and guaranteed solution for stretch marks and the manufacturers have even promised a money-back guarantee if the desired results have not been realized.

Which One is Better for scars?

Its unique formulation arising from ingredients based on silicone makes it a very effective treatment for all kinds of scars and keloids.

The only unfortunate thing about Dermatix is its price, which is high compared to the competition.

If this is a concern to you, then Mederma would be a good option.

Which One is Better for new scars?

Which One is Better for old scars?

The silicone gel-based scar treatment has years of clinical research behind it, making it a more preferred and effective means of dealing with old scars. 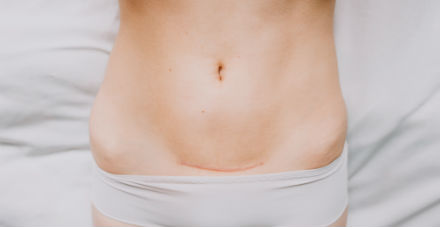 Conventionally, silicone gel medications like Dermatix have years of clinical research to back up the claim about them being the best for hypertrophic scars and keloids.

Mederma, on the other hand, is an onion extract gel and has yielded some promising results although very few research projects from the medical community have supported their effectiveness.

However, both medications are available for the treatment of scars. Their major differences are in terms of ingredients, effectiveness, purpose, manufacturer, and prices and are highlighted below.

As already mentioned above, Dermatix is a silicone gel-based scar treatment medication available over the counter and highly recommended for hypertrophic scars and keloids.

The active ingredients in Dermatix are a combination of Cyclopentasiloxane (Silicone), Blend of Silicone Polymers and Tetrahexyldecyl Ascorbate (Vitamin C Ester).

Both dermatologists and plastic surgeons both recommend silicone gel-based treatments for scars because of the amount of clinical research that backs up their effectiveness.

Mederma, on the other hand, is an onion extract with Cepalin® as its major ingredient.

Both treatments are intended for the management of scars. They are also used in getting rid of dark spots, skin discoloration, stretch marks, dry skin, and uneven skin tone.

Different variations of each treatment are available for more specific uses. For example, Mederma has a specific formulation used as a stretch marks therapy.

Dermatix, too, has different formulations for hypertrophic scars and keloid, stretch marks and dry skin.

In terms of effectiveness, Dermatix being a silicon extract is more superior in most treatment facets such as reducing skin discoloration and getting rid of hypertrophic scars and keloid formation.

It has enough clinical research around it that makes it one of the most preferred scar treatments.

It’s marketed as very effective mostly for hypertrophic scars, keloids, surgical scars, burns and injuries, and scars on the face, hands and other notable areas.

Mederma is equally effective reading from the numerous reviews it’s gained online from its users.

Most people confess Mederma (especially the unique formulations) as their preferred choice for treatment of all forms of scars- surgical, burns, injuries, scars on the face, hands and other visible areas.

Others also recommend it for the effective management of keloids. It has a mild scent, dries quickly and has a light texture.

Dermatix is a brand of Silicone Gels made in Switzerland by pharmaceutical giants Mylan.

Mederma and its associated formulations are made in Germany by Merz Pharmaceutical.

Both manufacturers have very supreme reputations in the pharmaceutical industry with revolutionary products designed to treat a variety of skin conditions affecting humans.

They have both invested hugely in skincare research, out of which great products like the Dermatix Ultra – Advanced Scar Formula and the Mederma Advanced Scar Gel have been birthed.

It’s also a popular treatment for keloids and is very effective in reducing dark spots and hyperpigmentation.

Mederma is an excellent option for scar treatment that won’t break the bank.

It features Cepalin which is an onion extract and works effectively in managing scars and stretch marks.

It’s been a number one recommendation for scar treatment by pharmacists and dermatologists for more than 15 years.

Dermatix vs Mederma: And the winner is…

Based on its unique silicone gel-based formulation, user reviews and the vast clinical research around its effectiveness, we can comfortably say it’s the best in treating all kinds of scars and keloids.

However, if your goal is to get rid of stretch marks, Mederma Stretch Marks Therapy is the better option.